difference arrays: what are they and how do they work?

Imagine you’re given a problem that says for each “query” in the format [a,b,k] add k to all elements of an array of zeros with a length of n, between indices a and b inclusive.1

Let’s make this a little more concrete with an example.

So, in our first step, we’re going to add 2 to each index between 1 and 4 inclusive, and so on. This means the array ends up going through the following permutations:

If each element in the array represented a height, you might see a bell curve, slightly skewed to its left. Seeing it as a bell curve really helped me understand why you could do this much more efficiently using what Geeks For Geeks calls a Difference Array.2 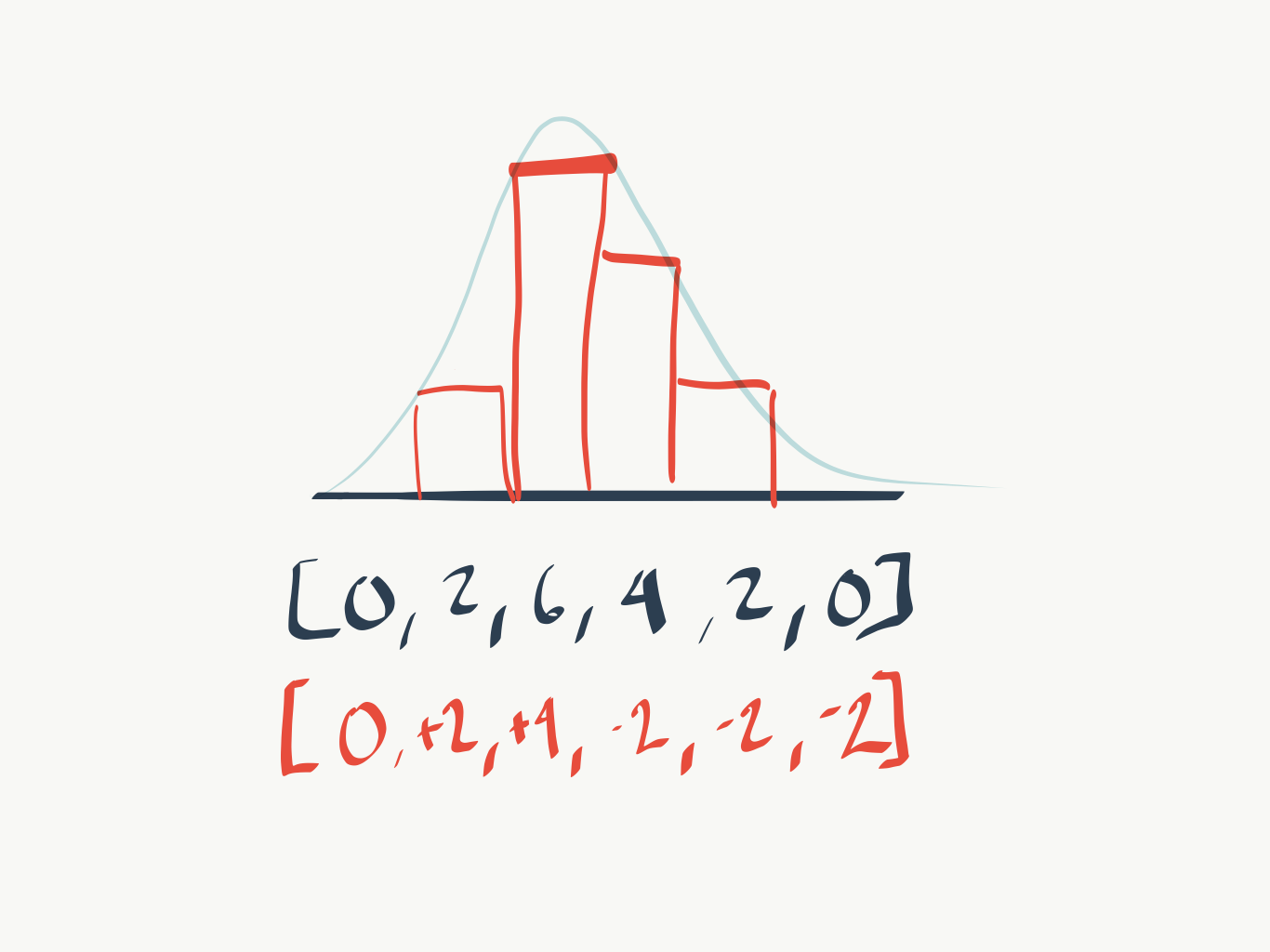 This approach certainly works, but it’s not very efficient. For each query, we have to iterate over a subsection of the empty array with length n. If we say we have m queries, that gives us a time complexity of O(n x m). We can do better.

Differences For The Win

Looking at the above picture, you may have noticed that I included the differences for an element with the preceding one. 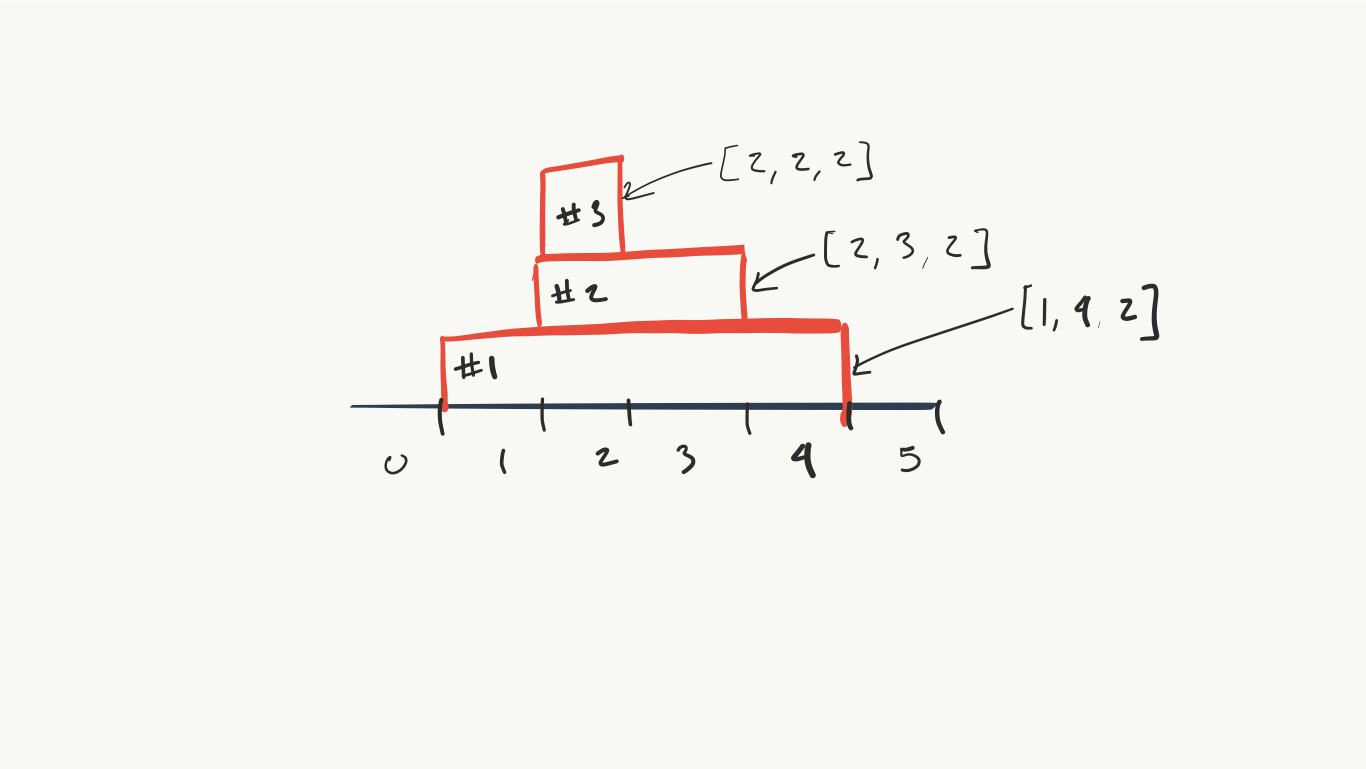 Is there a fast way to figure out what those differences are? It turns out there is! And it takes advantage of the fact that we’re building this curve in layers.

Step Through The Example

Let’s take the queries one at a time.

When I first found this solution (after quite a while of trying to come up with my own), I wasn’t sure how it worked.

It was only when I went through this process of mapping it out step by step that I saw why we could ignore all of the intermediate steps.

It should be noted that while my example was ordered in that all queries progressively became smaller, that was for illustrative purposes. This approach still works whether or not all of the steps are the same size or overlapping.