A course I’m taking strongly encourages the use of emacs, so I now have an opportunity to learn that along with vim! I suspect I will never become a super user in either (though I’m more inclined to give it a go with vim at the moment), but that’s okay. My goal is to be competent enough to be able to work in any environment. To that end, I’ll keep track of some of the lessons I’m learning so that I have a reference. 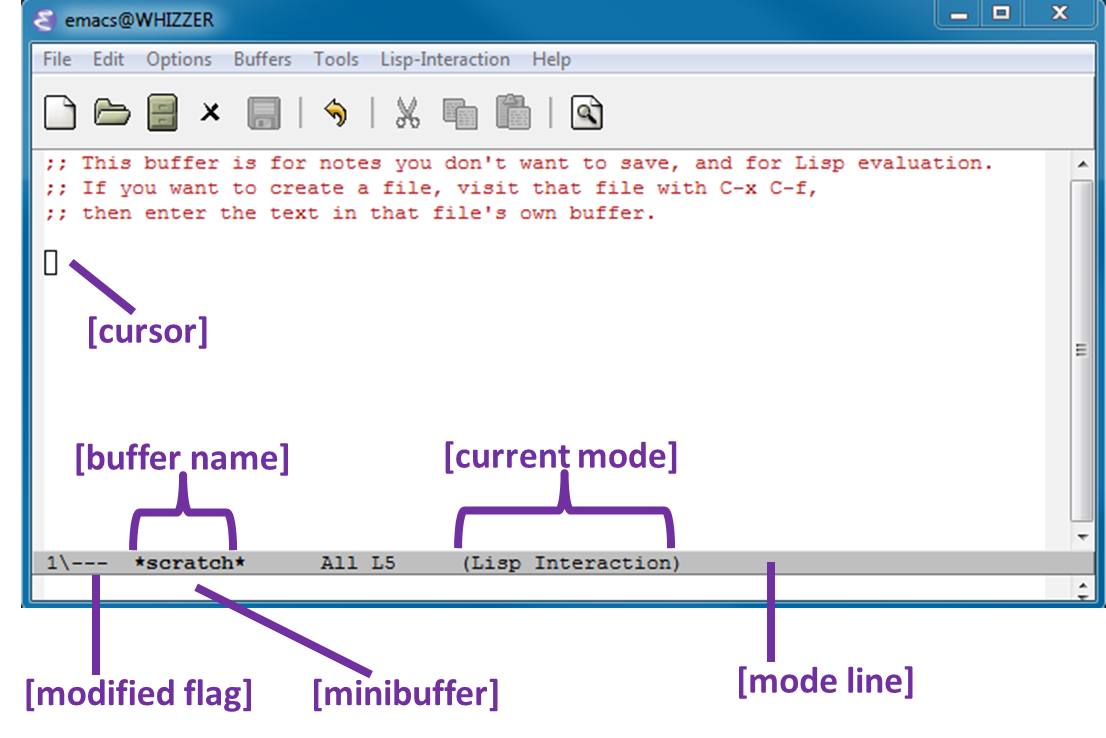 This means that C-x and ⌃-x are the same. For simplicity, I will use the C and M convention.

The most important commands in Emacs:

Some other useful commands:

Getting help within Emacs:

In addition to the help button/menu on the right…