getting the go tour running locally

In A Tour of Go, one of the options is to run the tour offline.

First things first: workspaces seem to have been deprecated with the introduction of modules in v1.13+.1

Why does any of this matter? Because when I followed the instructions:

The tour successfully downloaded, and I was able to run the binary… but, I couldn’t execute anything. 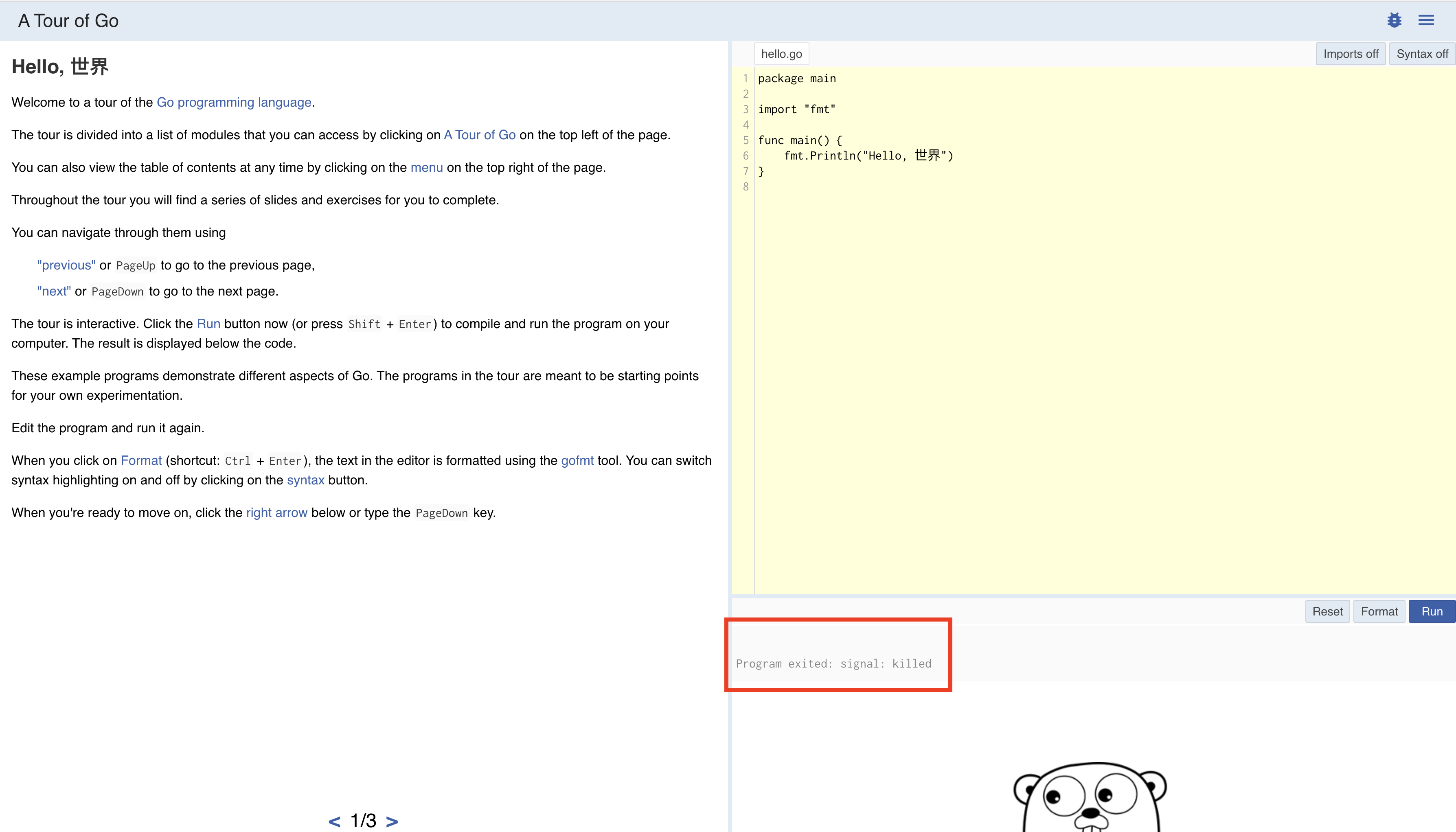 Trying to run the Hello, world, I got the message: Program exited: signal: killed.

In my haste to get started, I didn’t fully comprehend Go’s How to Write Go Code, specifically, in describing the installation of a hello.go it reads:

What’s all this mean? Well, it means that by default, the Go binaries will be saved in /Users/stephen/go/bin, (which is also often written as $HOME/go/bin or ~/go/bin).

We can make executing Go binaries a much simpler process then by adding this to our PATH, like so:

Okay, so that makes it simpler to run the tour, which can now be done as:

None of these hold the answer, yet, however.

Even though it’s now easier to run the tour, it still doesn’t actually execute the Go code.

To get it working, however, manually building and installing does seem to work:

Credit to Michael DuBose for this workaround, which I found on this Github issue.

Regarding the -d flag for go get:

The -d flag instructs get to download the source code needed to build the named packages, including downloading necessary dependencies, but not to build and install them.

With that being the case, manually building and installing is necessary, but it works! 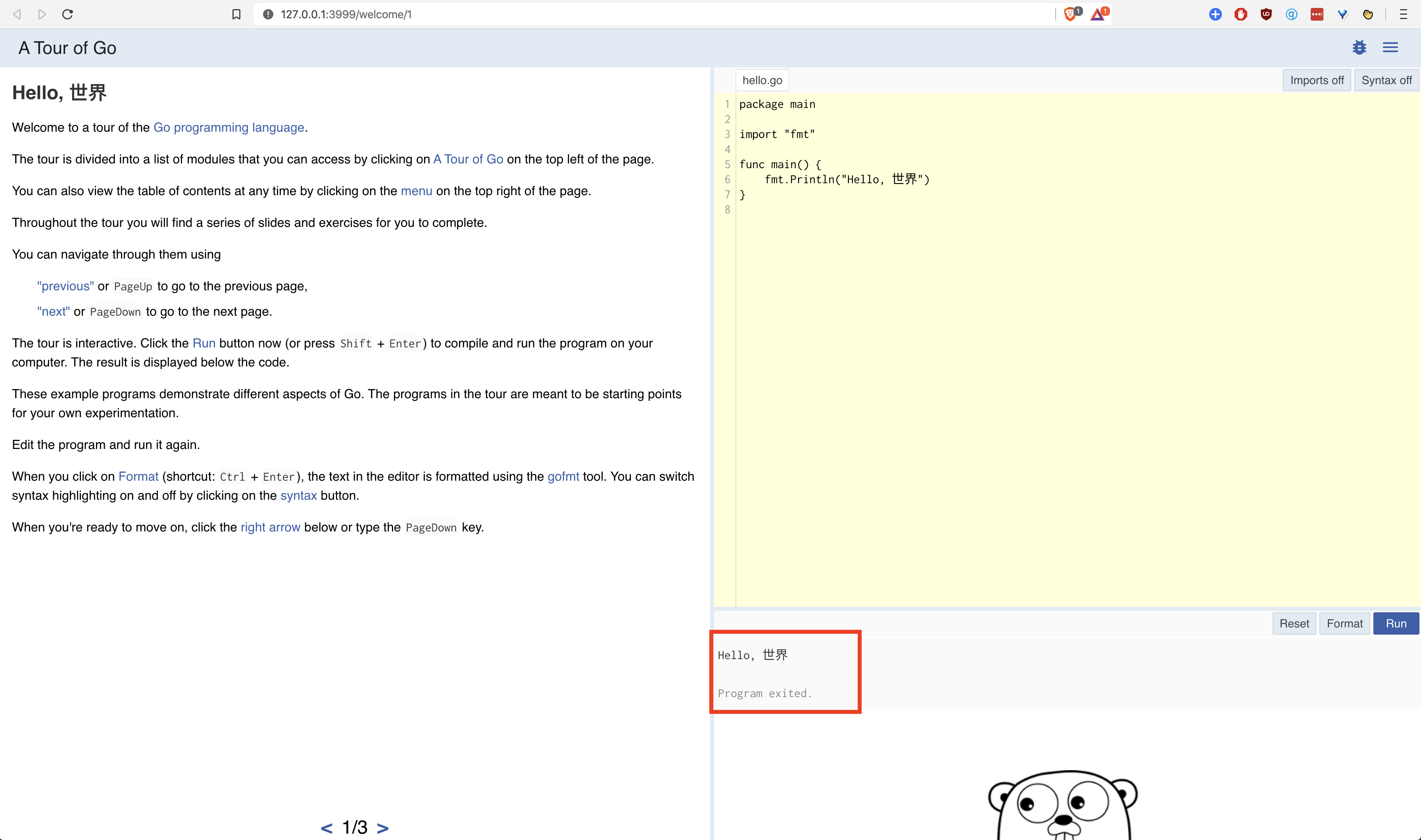 And now, I can get to actually learning Go!