In working through Remix’s Developer Blog tutorial, I saw an opportunity for this website. There’s not a lot on here other than some markdown files. And the markdown itself is fairly simple - though there’s quite a bit of code snippets that I wanted to be able to style.

There are a lot of options when it comes to parsing markdown, but the tutorial recommended marked, so that’s where I started.

Once I had the words on the page, there was the matter of styling it however.

I started with the synchronous approach using highlight.js largely because the other recommendation was pygmentize.js which has a hard dependency on pygments, a python package. Ensuring that my build environment has python and a compatible version of pygments didn’t sound appealing.

In my app/posts.tsx file, I have:

Okay, so at this point we’re parsing the markdown but the styling isn’t being applied.

The last step is to load the CSS. This Stack Overflow post gave me the clue on what I’d need to do, however, since I’m using Remix, instead of using the package, I thought I’d use the <link> tag, which is the recommended approach:

Initially, I put the links function in the app/root.tsx. This seems reasonable since nearly all of my posts have code snippets and the site is 98% posts.

But, this also means that anyone who visits the site always downloads the css even if they never want to use it.

So, I ran an experiment and moved it to app/routes/posts/$slug.tsx - the route which actually needs the styling. 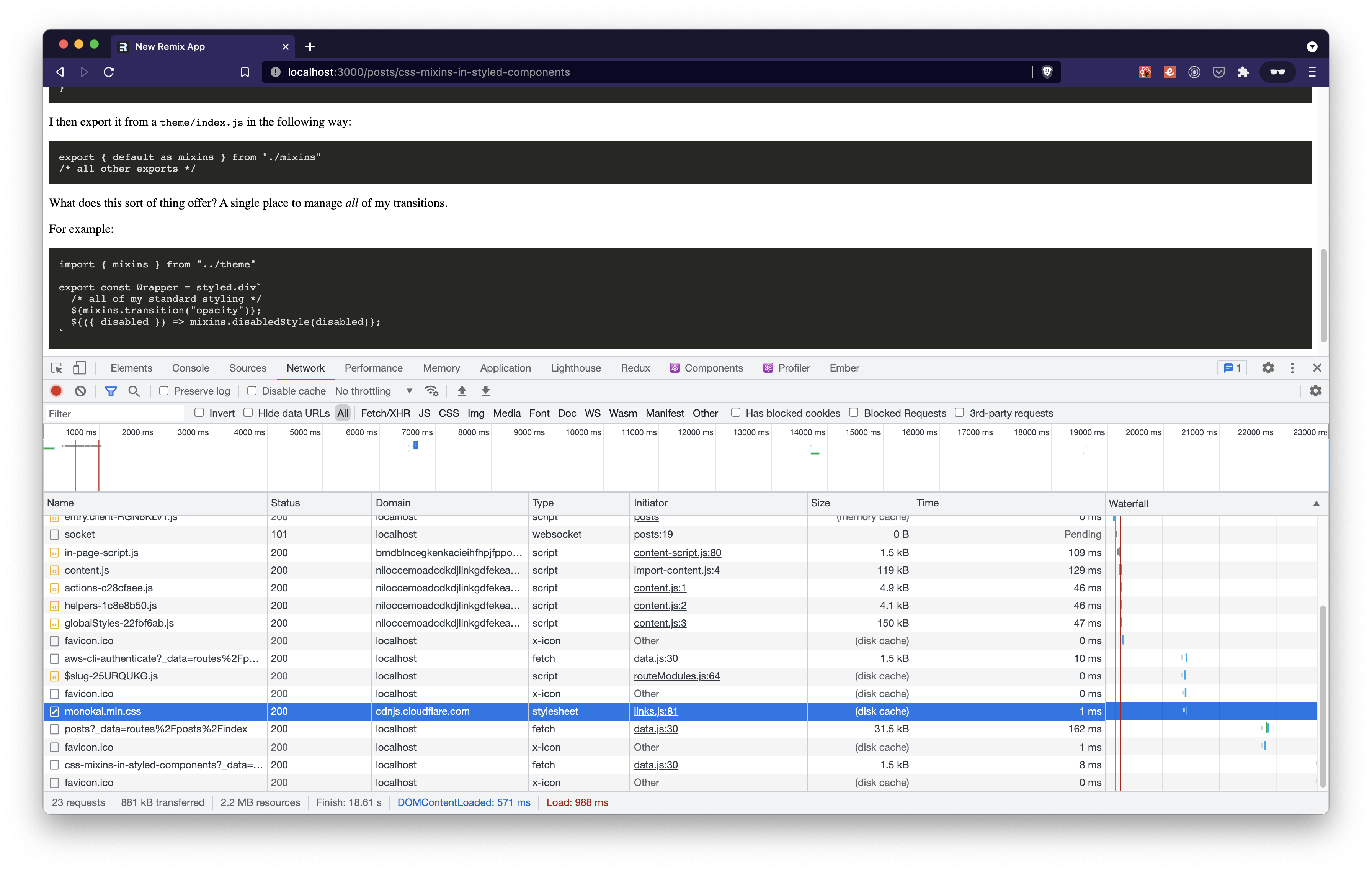 The waterfall shows that we only download the CSS once but each subsequent page that needed it had the appropriate styling!