vertical rulers and language specific settings in vs code

Today, I decided to look into how to set up a vertical ruler for my IDE, VS Code. As with most things VS Code - once you know how, it seems trivial, but until then, it can seem daunting.

For example - I didn’t actually know what the rule would be called, so it took some searching the web to find Stack Overflow thread that held the answer.

More than finding the editor.rulers however, the cool part was finally understanding what the "[python]" meant — it’s a language specific rule. I’d used them before, but didn’t quite understand the significance. Now I do!

To see the full list of languages supported, start typing "[ and see the drop down provided by VS Code (note, that it appears to not show you values you’ve already used): 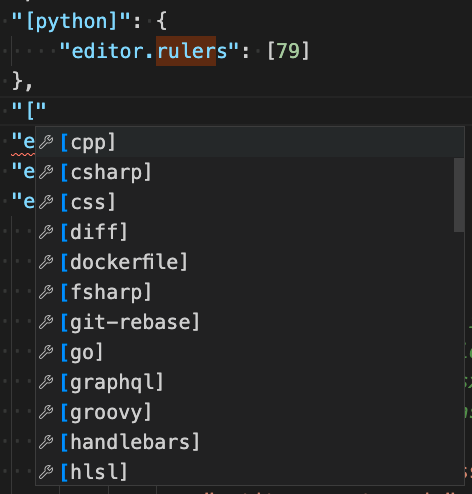